This was the fourth and final movie Mario Bava made during the busy year of 1968.

The movie opens with as stunning and exciting sequence as a villager commits suicide by falling onto the spikes of a fence. She seems to be driven to do this under the watch of a creepy-looking seven year old girl. Her face haunts windows and shadows in the village and everyone is living in fear.

Dr. Eswai arrives, charged with getting to the bottom of things. The body he is supposed to perform an autopsy on has gone missing. With the help of local Inspector Kruger, Eswai recovers the body. Kruger assigns Monica, a woman who was born in the village, but who left with her parents shortly after being born. She is in medical school and will assist with the autopsy. Dr. Eswai discovers a silver coin in the heart of the dead woman. Monica says that it’s local superstition, those who die a violent death can only have peace in the afterlife if there is money in their heart.The locals accuse Dr. Eswai of trying to dig up things and angering the spirits that haunt the village. Dr. Eswai is told to steer clear of Villa Graps, so, of course, the good doctor swings by for a visit. It is there he meets Baroness Graps, who has placed a curse on the villagers for killing her daughter, Melissa.She blames the town and their folly for Melissa’s death- accidental trampling by a horse during a local holiday.Eswai and Monica continue their investigation. As it turns out, Monica is Melissa’s younger sister, sent away at birth for fear that what happened to Melissa will happen to her. Eswai and Monica return to Villa Graps to settle the score and appease the demons that haunt the village.

After a long night’ struggle, peace is restored. 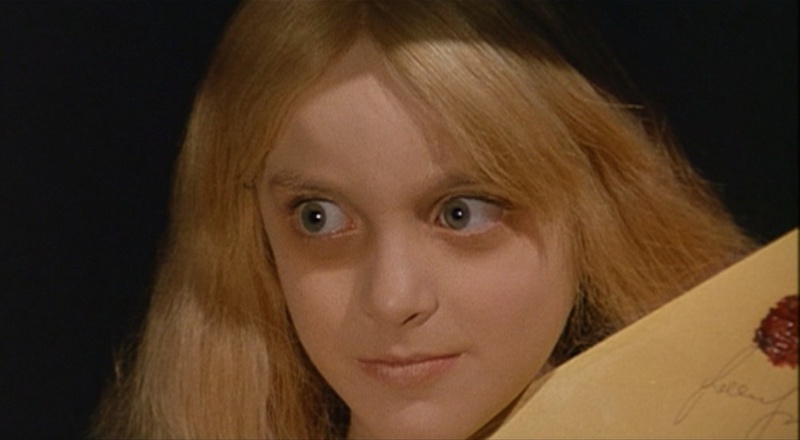 ‘Kill, Baby… Kill!’ is a wonderful piece of subtle horror. There are no creatures jumping out at you from the dark, Bava isn’t hiding any information from his characters. The whole story is a simple ghost story, which aims to chill audiences, not shock them.

It was shot on a small budget, and one marvels at the trickery Bava is able to pull off effectively and cheaply. He re-uses and re-dresses rooms and hallways. The only camera tricks that he uses are a simple ‘wave frame,’ indicating a dream or flashback sequence. (One might guess that the actual device Bava used was the one given to him by his father, Eugenio, a noted silent-film cinematographer.) And yet the cheapness (and rapidness, the film was shot in only 11 days,) never shows.

Bava dresses the set with cobwebs in the foreground and the action in the background, providing a constant feeling of spookiness. He also uses red and green lights all throughout the movie, leading one to believe this was an influence on Dario Argento and his ‘Susperia,’ which also used colored lights to great effect. The plot is also very similar to Roger Avary’s ‘Silent Hill.

Bava focuses on the characters in the story, dressing the little girl in white and the witch who ends up having a great part in ending the haunting in black. The characters aren’t memorable or really all that important, but one cares about what happens next. -Sam