Each year, the Academy of Motion Picture Arts & Sciences gives an honorary award to a recipient for their past & present contributions to film. In the early years, this award was given for an achievement that didn’t quite fit any of the categories voted on, but in recent years, its been reserved to celebrate lifetime achievements. Recent recipients of this award include Elia Kazan, Sidney Lumet, Robert Altman, Peter O’Toole, and Ennio Morricone. This year, the Board of Governors has selected Robert F. Boyle, for one of the silverscreen’s greatest careers in art direction. 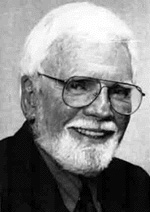 At 98 years old, Robert Boyle has had an illustrious career, starting as a drafstman at Paramount Studios in 1933. His career as an art director began in the 40s at Universal Studios, collaborating with Alfred Hitchcock, in films like North by Northwest (1959), The Birds (1963), and Marnie (1964) Some
of the countless other films he contributed to are In Cold Blood (1967), Fiddler on the Roof (1971).

With an architects training, losing that job during the Great Depression could have been the best thing that happened to him. It was the work he did as a film extra that exposed him to a career in art direction and production design.

Congratulations Mr. Boyle, you receive your award on Sunday.