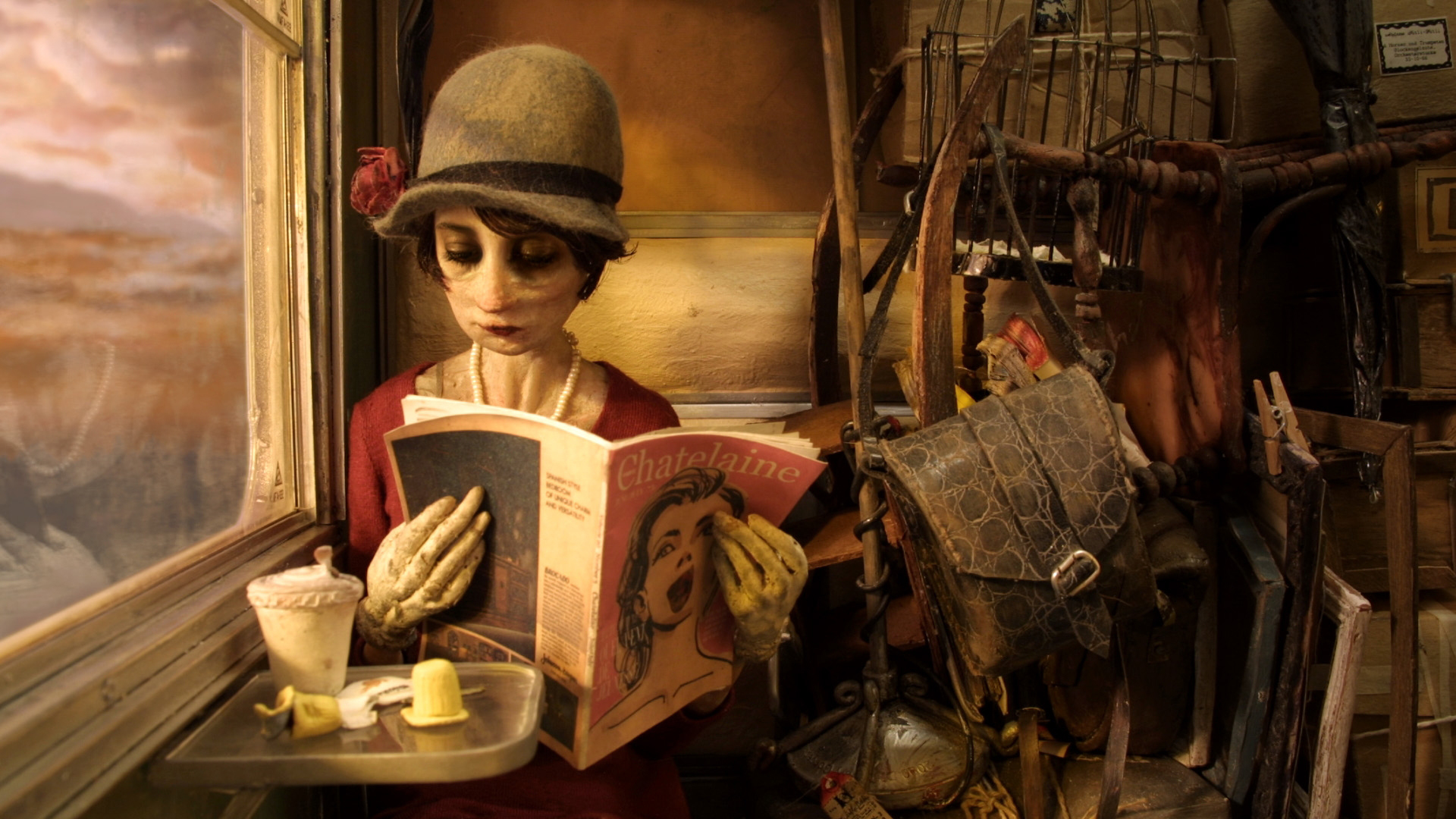 I have recently viewed the five films nominated for ‘Best Short – Animated’. I must admit, I was pretty much blown away from start to finish. All the filmmakers appear to be seasoned storytellers, poised to have brilliant careers in animation. It is a shame only one will walk away with an Oscar. Here is my breakdown of the five films and my pick for who I think should win the Academy Award.

Even Pigeons Go To Heaven: This French film is the only one to use the standard 3D animation that has become the industry norm (think ‘Shrek’ or ‘Toy Story’ style). ‘Pigeons’ is the story of a cute but miserly old man that receives a visit from a priest attempting to sell him a contraption that will expedite his trip to heaven. The film is a slightly new approach to the story of death knocking at the door and it is stuffed with slapstick humor and plenty of fun things to look at. This film was the first one screened and I was sure that it would be the winner. That is until I saw the next film.

Moya lyubov (My Love): This film from Russia is an impressionistic painting come to life. At first I was taken aback and slightly turned off by the style. I didn’t believe that a moving painting could hold my attention for 26 minutes. As it turns out, the time flew by as I became wrapped up in the compelling, tender, and tragic world of a fifteen year old boy and his first love. This film takes the audience on a journey in a way only animation can, seamlessly floating between dream and reality, conveying emotion and narrative at the same time. It was rather jolting to finally see the end credits and step out of this beautiful piece of art. Madame Tutli-Putli: I watched the opening shot of this film slack-jawed. In fact, I don’t think I closed my mouth until the end credits. This dialog free, stop-motion gem may be the greatest Canadian import since Leonard Cohen. Madame Tutli-Putli is the finest looking animation character I can recall. She is a stop motion Holly Hunter (circa ‘Oh Brother Where Art Thou’) and deserves an Oscar nod of her own. Aboard a night(mare) train, the filmmakers marry the styles of Tim Burton and Jean-Pierre Jeunet to create a truly remarkable style, chock full of humor and horror.

I Met the Walrus: And now for something completely different. In this film, writer/director Josh Raskin animates every word of a real-life 1969 conversation between John Lennon and fourteen year old Jerry Levitan. The result is five minutes of flowing animation that moves faster and more intelligently than your brain. It also has a better sense of humor. This is one film that would award second, third, and tenth viewings. There is simply so much information to digest and the animation, which might be likened to an elaborate title sequence, is gorgeous in its complex simplicity.

Peter and the Wolf: This film is another case of “holy expletive, I didn’t know that was possible.” This beautifully animated (I believe stop-motion) film is an edgy adaptation of Sergei Prokofiev’s 1936 story. The attention to detail is exquisite as the film takes its time to develop the characters and the world. The story is cute, humorous and also dark and traumatic at times. As pretty as the world is, the film suffers for being the longest of the five at 29 minutes. In another year, this film may have deserved a win, but with so much originality in this year’s lineup, Peter and the Wolf borders on ordinary.

I’m happy to report that any of the five nominees are deserving of an Oscar. Animation can look so good and be so stylistic these days. I continue to be impressed by the filmmaking in animation. Rack focuses and dolly shots have become the norm. It makes me think that there shouldn’t be a separate category for animation. These films can be as good or better than any live action film. Why aren’t more directors pursuing animation as the medium to tell their ‘important’ stories?

Anyhow, my pick for Best Animated short would have to be ‘Madame Tutli Putli,’ with ‘My Love’ running a close second. That doesn’t mean I think it will win. That just means I think it should win. Stay tuned for our Oscar pick-em column to find out who ‘will win.’ You don’t want to fill in an Oscar ballot without it.