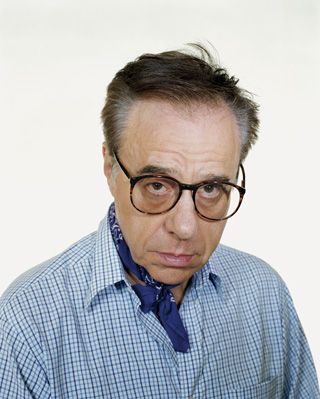 Say what you will about Peter Bogdonavich, (he’s pompous, a terrible impressionist, kinda looks like a ponce with that ascot,) but when he hits a mark with a movie, he hits it dead center. ‘Saint Jack,’ is arguably, the last of the great Bogdonavich movies, cursing us with twenty years of sub-par ones. (Exhibit A-C would be ‘The Cat’s Meow,’ ‘Noises Off,’ and the mere thought of making a follow-up to ‘The Last Picture Show.’) Financed by Playboy magazine, ‘Saint Jack’ stars Ben Gazarra. That alone should make you want to seek this movie out.

‘Saint Jack,’ is about an American in Singapore trying to eek out a little cash any way he can. Mainly, it’s through pimping. While not the tightest of storylines, Bogdonavich has such an elaborate and interesting cast to work with, it’s a fascinating two hours. It also co-stars Denholm Elliot and George Lazenbury. That’s right, Dr. Marcus Brody and James Bond. Need I say more? 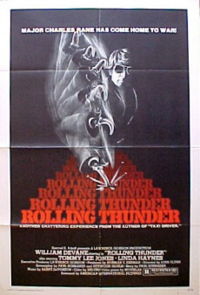 Major Charles Rane returns home from Vietnam a war hero. He is awarded medals and rare coins by his hometown as a welcome home present. However, a couple of local thugs decide that they’d rather have the coins, and they break into Rane’s house to get them. They end up killing Rane’s family and putting his arm in the garbage disposal. Now with a hook for a hand, Rane seeks revenge.

Written by Paul Schrader, (‘Raging Bull,’) ‘Rolling Thunder,’ is a slow, deliberate revenge thriller, lost deep in the silences and pauses. It’s a quiet movie, with the silence only broken by gunshots. (Another wonderful 1970s movie that almost disappears within itself, it’s so quiet is ‘Two-Lane Blacktop.’ But this isn’t ‘Three Cool Monte Hellman Movies,’ is it?) It’s unavailable on VHS or DVD, but does show up on TV every once in a while. Do not miss this one.

To see this movie is to fall in love with this movie. A summary of the plot does not do justice the amazingly intricate and light storytelling that Orson Welles weaves. On the surface, the movie is a study of fakes. The story of an art forger. The tale of Howard Hughes’s supposed autobiographer. A study of the ‘War of the Worlds’ radio broadcast. However, it’s much more.

This is easily one of the best movies Orson Welles ever made. This is also on my top ten favorite movies of all time. Period. Everyone I’ve shown this movie to has fallen in love with it. If you haven’t seen it, you are depriving yourself of one of the most astounding movie experiences you will ever have. I cannot recommend ‘F For Fake’ enough. -Sam