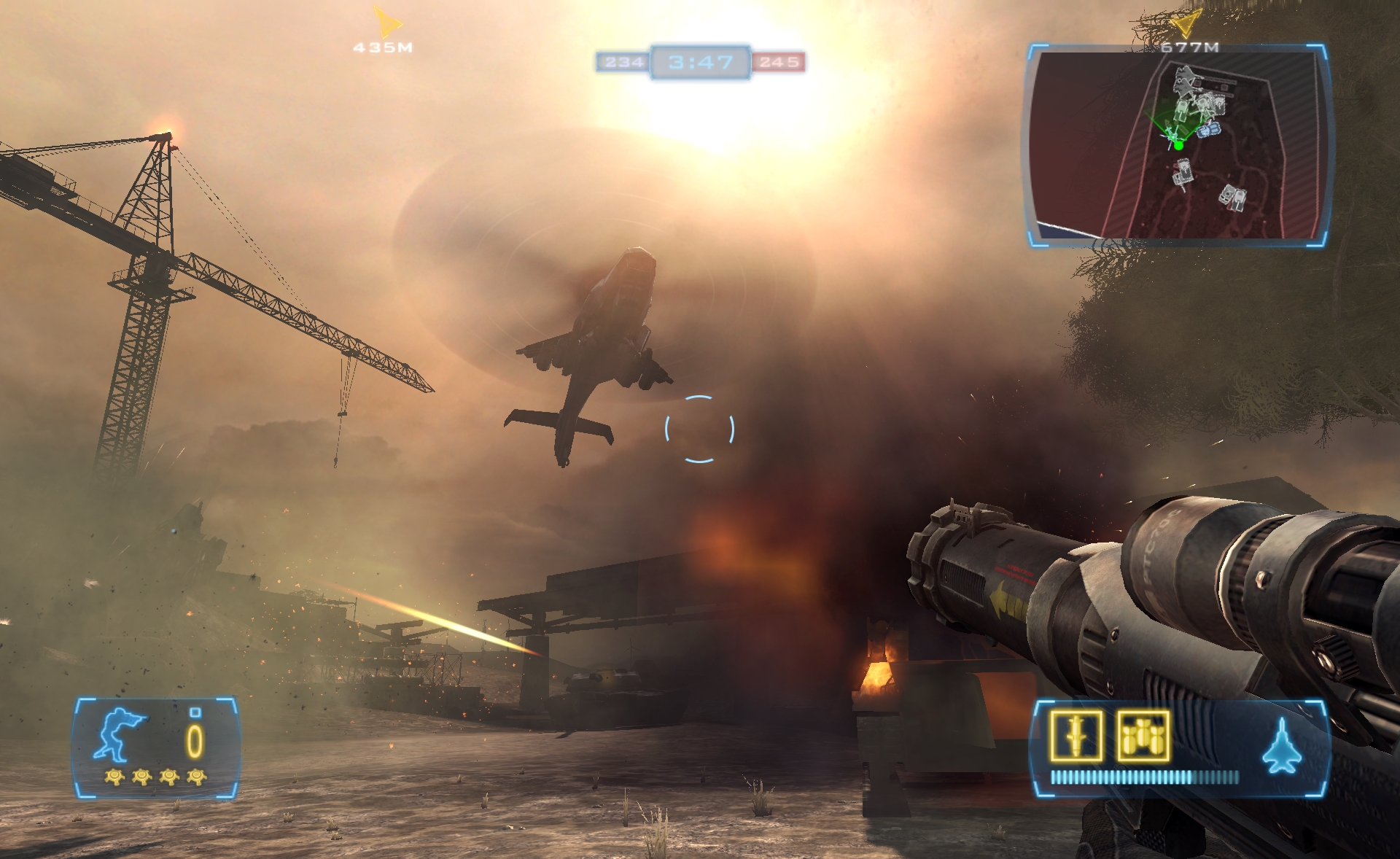 So blame me for not being able to shake the near perfection of Call of Duty 4, but its hard to play an FPS and not compare it to that game. COD4, with a combination of its gameplay, story, and graphics managed to feel fresh, despite the same old (some may argue tired) FPS mechanics. Unfortunately, one could not feel the same way about Frontlines: Fuel of War.

It’s the year 2024, China and Russia have united to form the Red Star Alliance, and have declared war on the Western Coalition (Europe and the United States). Supplies of oil and natural gas have waned, the Caspian Sea is where the world’s last supplies are. The outbreaks turn into an outright World War.

The story is interesting, but the voice acting is extremely weak. Though I liked the idea of the premise, I kept wanting to skip the cut scenes because nothing really pulled me in.

The game will feel familiar to anyone whose played Battlefield, there is a serious focus on squad, and maintaining a “line.” against the enemy. The one aspect that can set it apart from other games is the drones used on the battlefield. You can pick up Drone helicopters, and tanks, control them to enemy territory, and kick some serious ass. But again, is that enough? Unfortunately, as fun as it is, much more was needed.

The one section that Frontlines: Fuel of War does excel is its multiplayer play. Xbox Live can hold up to 50 players at any given moment, so, if you wanna feel like you’re in a real huge battle, this could be the game to pick up.

But, in my opinion, the month of March is so flooded with new, really exciting games. This might just not be worth the $59.99, but, perhaps a good rental to hold you over.

One thought on “Xbox 360 Review: Frontlines: Fuel of War”