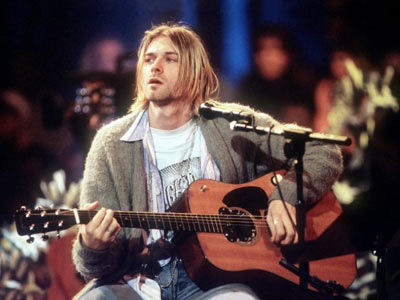 Live concerts are usually an experience that can only be summed up with, “You had to be there.” The energy of the crowd feeding the band and the band feeding the crowd, it’s a very unique experience that offers fans a chance to be in the same room with musicians they like, hearing the songs they love in a performance setting. Sometimes the music is drenched in fog or light shows or video screens. Or sometimes it’s just the musicians standing there, putting the music out there. Either way, live concerts are an experience that music lovers tend to covet. But can that energy translate to film or CD? Sometimes it can. Below is a list of great concert DVDs.

Metallica: Cunning Stunts – Taped over two shows in Texas during their “Poor Touring Me” tour in support of the album Load, the fellas (with their then controversial haircuts) open with their cover of “So What” and don’t let up for the entire show. Their stage set up for this tour allowed each band member to move around the stadium, giving everyone in the audience a great seat at some point during the show. And with the cameras on stage, off stage, up high and chasing the band members, ‘Cunning Stunts’ captures the energy and immediacy of a Metallica show. As a bonus, the DVD utilized the multiple angles option and allows the viewer to pick a band member to stick with for 3 of the tunes.

Nirvana: Unplugged in – Taped in 1993 as part of MTV’s semi-regular ‘Unplugged’ series, this DVD captures what could arguably be the best Nirvana performance. With a track list that comprises of very few hits, Nirvana proved that their musicianship went beyond writing a few catchy, radio-friendly singles. The DVD expands upon the original television broadcast of the show and includes two songs that weren’t originally aired. But the real magic of the DVD is the breaks between songs. The viewer can watch the band discuss their approach to the next song and interact with the audience and the show’s directors. And it’s in those moments that the DVD captures the intimacy and power of this one-off concert from Nirvana.

Pink Floyd: P*U*L*S*E – Regardless of your taste in music, you know about the Floyd concert experience. It’s rare that a band’s live show reputation precedes the band as much as Pink Floyd’s light show. Taped during the band’s tour supporting The Division Bell, ‘Pulse’ captures the famed laser/light/video show that has become its trademark. The marriage between the sound and the visuals compliment one another so brilliantly that I dare anyone not to get the chills during the “Comfortably Numb” solo when the ball drops and floods the room with light at exactly the right point. And the inflatable pigs. This show has everything.

Metallica: Live Sh*t: Binge & Purge – This is Metallica in its prime, right here. The concerts span the …And Justice for All tour and the Black Album tour. The camera work isn’t as aggressive and mobile as ‘Cunning Stunts,’ but what it lacks in mobility it gains in perspective. ‘Live Sh*t’ captures the energy Metallica drew from and fed to their audience like few other concert DVDs. The fact that the band could musically muster that power in the large arenas they sold out and have it felt on DVD only makes these discs more worth picking up.

Rolling Stones: Gimme Shelter – This DVD is kind of cheating. It’s not totally a concert, but rather, it’s a documentary of the events leading up to the Rolling Stone’s free concert at Altamont and then the concert itself, which famously resulted in the death of one of the audience members at the hands of the Hells Angels, who were hired as security by the Stones. The frenetic chaos between the crowd and the Angels is masterfully captured here. Mick’s attempts to calm the crowd and security between songs are muted amongst the frenzy and in this, the DVD captures what it meant to be a rock and roll band that thought it was invincible and the circumstances that proved they weren’t. Like I said, not a pure concert DVD, but few films capture that energy better than ‘Gimme Shelter.’

in Chains: MTV Unplugged – in Chains arguably sounded more powerful acoustically than with their heavy guitars and this Unplugged performance shows that. One of the last concerts in Chains had with lead singer Layne Staley, their songs were fittingly somber and dark in this performance. While the DVD doesn’t feel as intimate as Nirvana’s performance, it none the less demonstrates AIC’s ability to write songs that work both heavy and acoustically, giving the dark sounds and lyrics an almost new perspective amidst the mood of the room.