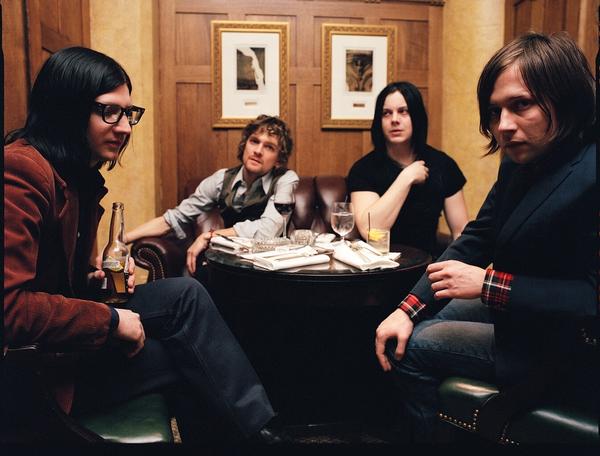 With their new album just completed the first week of March, The Raconteurs have found an interesting way to deal with the potential for the album leaking on the Internet and to the radio before the band was ready: they’re just releasing the album next week, on March 25th. The new album, ‘Consolers of the Lonely,’ will be a follow up to the band’s debut, ‘Broken Boy Soldiers,’ released in 2006. And following in the footsteps of bands like Nine Inch Nails and Radiohead, ‘Consolers of the Lonely’ will be available for download on The Raconteurs’ website (as well as at Amazon and on iTunes), although there is no word on the cost of the download as of yet.

Jack White says that the decision to make the album available so soon after it was completed was “to get this record to fans, the press, radio, etc., all at the EXACT SAME TIME so that no one has an upper hand on anyone else regarding it’s availability, reception or perception.”

The album’s first single will be “Salute Your Solution,” whose video will hit the web March 25th.