Skip to content
home Movies, News Michael Cera Could Have a “Precious Life” 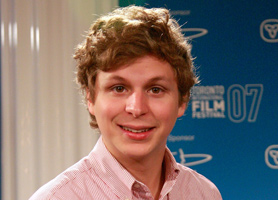 ‘Arrested Development’ and ‘Superbad’ star Michael Cera is in final negotiations to join the cast of the upcoming film, ‘Scott Pilgrim’s Little Life.’ Cera would be playing the titular character, a schlub (and bass player for the band Sex Bomb-omb), who falls in love with a girl only to find that he has to battle her seven ex-boyfriends before he can get this woman of his dreams. The film is being directed by Edgar Wright, who co-wrote and directed ‘Shaun of the Dead’ and ‘Hot Fuzz.’ The story is based on the graphic novel ‘Scott Pilgrim Volume 1: Scott Pilgrim’s Precious Little Life,’ by Brian O’Malley.

Shooting for the film is planned to begin this fall.

2 thoughts on “Michael Cera Could Have a “Precious Life””