Skip to content
home Editorial, Movies Editorial: Why the Hi-Def War is Actually Not Over 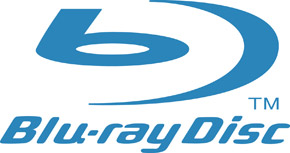 Early adopters beware, there has been a silent force standing by in the war between high-definition formats. The dust is settling over the recent concession of HD-DVD, and those Blu-Ray guys are done patting each others backs. Waiting in the wings, is the true sucessor to DVD, and its not on a disc.

A few weeks ago on the Lonely Reviewer Show, Justin and I spoke about the future of music. How consumers received media was completely changing in a short amount of time. The number two biggest seller of music wasn’t a traditional brick & mortar store, but iTunes. In a world where most of our music is played via hard drives and solid state memory chips, the need to own the actual CD is reserved by purists. I believe that the music industry is working out the kinks in this new system, and that the film industry will slowly follow.

If you look at some of the products companies have been releasing, the seeds have been planted, its all up to the content creators to start adopting it more aggressively. Apple Corporations Apple TV, Microsoft’s Xbox 360 both have the ability to purchase/rent television shows and movies On Demand. Their catalogs are not as extensive as say Netflix or Blockbuster, but regardless, it’s on its way.

As bandwith grows, so does the opportunity. What was once days to download now takes minutes, and compression has reached a point where you can get that hi-definition quality with lower file sizes. What if storage was no longer an issue? You could purchase a film and have the ability to download it again indefinitely? Think of the space non-physical media will save you in your homes. Sure, there’s something impressive about walking into a room and seeing a wall of DVDs. But imagine turning on your television, and browsing your entire digital collection and having it live in only a few moments.

I’m not saying Blu-Ray won’t last, simply stating that at the end of the day, it won’t really matter, DVD’s lasted about ten years, I give Blu-Ray…three tops (if I do eat my words please remind me) Digital downloads, not blu-ray disc is the actual successor of the DVD. I mean come on, having something on a disc? There’s something so 20th century about that.

One thought on “Editorial: Why the Hi-Def War is Actually Not Over”