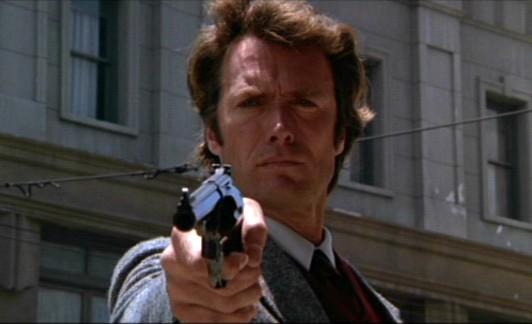 Rumors abound on-line, with many bizarre, outrageous claims being passed off as truth. No credible source has confirmed anything I’m about to write, so, take it with a grain of salt. That said, if it’s true, it’d be pretty cool.

Clint Eastwood is supposedly shooting the sixth installment of the ‘Dirty Harry’ franchise. Someone writing to ‘Aint it Cool News’ claims that Eastwood’s production company contacted him, looking to use his car in Eastwood’s new movie. Someone from the company comes out to look at the car and lets it slip that the movie is called ‘Grand Torino’ and the main character is Harry Callahan.

Another web-site has a writer claiming they’re friends with someone who works at Eastwood’s Mal Passo Productions and confirmed the reports. Is it true? Maybe. Would I rather the series end on a different note than ‘The Dead Pool’? Well, sure.

There won’t be a ton of time to debate what the movie is about, it is scheduled to be released sometime this December. Warner Bros. is releasing a box set of the five previous Dirty Harry movies on DVD and Blu-Ray later this spring.