Underrated as an actor, overrated as a humanitarian, the work of Dabney Coleman must loom large over young actors, considering entering the field. Coleman, who once auditioned for the role of the professor on ‘Gilligan’s Island,’ (reports that he also read for Mary Anne are unconfirmed,) has come so far and inspired so many.

While this sort of article doesn’t allow for praise of one’s television work, may I simply point readers to the following shows: ‘The Slap Maxwell Story,’ ‘Drexel’s Class,’ and ‘Death Valley Days.’ (You may remember his daring turn as ‘Cal.’) 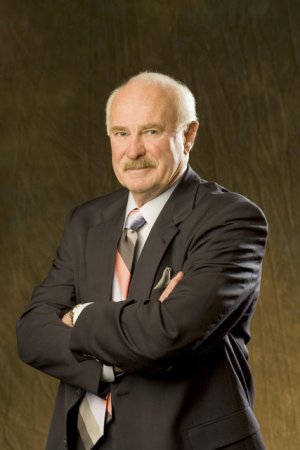 Hot to Trot
Bob Goldthwait. Tim Kazurinsky. Dabey Coleman. Yes, the stars aligned in 1988 for this comedy. ‘Hot’ is about Fred P. Chaney, (Goldthwait,) who discovers that his pet horse can talk. Chaney gets the horse when his mother dies and wills him the amazing animal. On top of talking, the horse also has good stock tips. Dabney Coleman, of course, plays the dirty and mean boss, who receives his comeuppance in the end. ‘When I speak, you’ll laugh yourself horse,’ said the posters. Finally, truth in advertising!

Modern Problems
An air traffic controller, recently dumped by his girlfriend comes into contact with nuclear waste and gains the power of telekinesis. He then uses these powers to not only win back the girl, but to also get a little revenge. This is the quality comedic films that Chevy Chase made when leaving ‘Saturday Night Live,’ almost forcing fans and critics alike to eat their words and admit that, perhaps they were hasty when they said Chase was an idiot for jumping ship from the popular show. (‘Modern Problems’ was released in 1981, the same year Chase made ‘Under the Rainbow,’ where he starred alongside Carrie Fisher and a bunch of little people. Seriously. Check it out.) Dabney Coleman co-stars as he rough and angry boss, Mark Winslow. Luckily for us viewers, Winslow gets his comeuppance in the end. (As a side note, this movie also contains Coleman’s only on-screen nude scene. Get your ultra-slow-motion feature ready on your DVD player!)

Inspector Gadget
The first Inspector Gadget film is an ‘origin’ story, allowing us to see what made Inspector Gadget who he is and answering a bunch of questions I had while watching the animated TV show. Dabney Coleman plays Chief Quimby, the long-suffering boss of Gadget, who gets his comeuppance in the end. The movie, while not great, does feature Matthew Broderick, Rupert Everett and, according to the IMDB, 150,000 Skittles candies. (My teeth hurt… not from grinding them while watching the movie, but because of all the sugar!) Go-Go Gadget laughs. Fun for the whole family. If you rent only one Dabney Coleman movie this year, make sure it’s ‘Inspector Gadget.’ -Sam