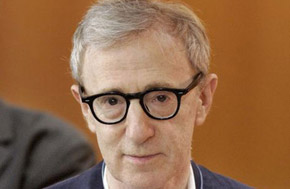 In an announcement that’s sending shockwaves through the industry, Woody Allen announced he’s not actually Jewish. “It occurred to me as a young man that people really went for that Jewish humor.” Allen reveals in his new autobiography.

Allen, notoriously private is releasing a tell all book “Allen Actually on Allen,” that outlines his entire life, straight from the 72-year-olds mouth. “I was actually born in Bayside, Queens, to a WASP mother, and a Irish Catholic father.” Allen speaks of a modest upbringing in a relatively quiet household. To his critics he responded, “Look, the truth behind my background doesn’t really matter, I’ve been playing a character my whole career, people need to get over it, it’s showbusiness”

When asked why he waited until now to reveal the truth, Allen answered “Its been a few years since the last “controversy,” I figured it’d be a good time to make some headlines again.”

The book hits stores next week.