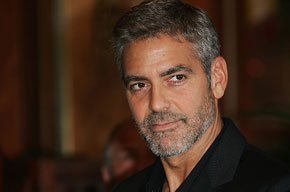 George, you’re a fun loving actor whose been called the last movie star. You make headlines as a talented actor with everyman qualities. People vote you one of the sexiest film stars to hit the screen, and your fun-loving partying ways always get top billing in various tabloids. In your time, you’ve also proved to us that you’re just as effective behind the screen as your are in front, will you keep up the good work with ‘Leatherheads’ this Friday? We’ll know in a few days, but lets take a look at some of the Good Times we’ve had. 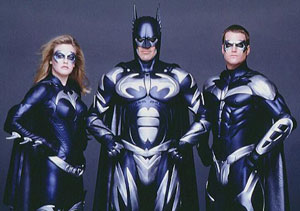 Why is this on the list? Was it really a good time? Whenever I think of the charm that is you George Clooney, I think about how good a sport you are. Not only are you remembered for this role, but you’re also remembered for the nipples your batsuit had. It was so memorable, your co-star Tilda Swinton mentioned it in her Oscar acceptance speech, and as far as we know, you chuckled along with the rest of us.

Here you showed us your acting chops! Though you may have butted heads with Director David O. Russell, your portrayal of a soldier in Iraq during Desert Storm was excellent. The film though serious in subject, had a lighter nature to it due to the caper premise of it. Though, this quickly changes when the film deals with the subject of abandoning the uprising that Bush called for. Does George and his team do the right thing? Go watch it!

Sure, your hair smelled like dapper Dan pomade, but dang sir, this Cohen Brothers masterpiece was quite an accomplishment for you. Sure, that wasn’t your voice singing the songs in the film, but you were so good at acting, that people barely noticed it! (Ok maybe we did, but we loved you so much we forgave it). In the retelling of the Odyssey, you play an escaped convict looking to get back with his wife, and somehow get forgiveness for the err in your ways. You also rocked a sweet mustache.

I think of what George Clooney must be like in real life, charming, convincing, tricky. These are exactly the traits of Danny Ocean. So, based on that statement, I do think Clooney IS really like his character in the film. Though I really hated the second two, I thought this first one was an excellent remake/adaptation. Poor source material = excellent remake. 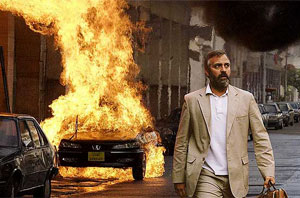 For this one, you gained weight, you grew a beard, and you hurt yourself while filming a scene for this film. Directed and Written by Stephen Gaghan, this film was about Oil in the modern world. Politically charged, your character was a CIA agent who falls out of favor after making a mistake in Lebanon. This film earned you your first deserved Oscar, and to think, only eight years prior, you were wearing a Batman suit with nipples.

You made your directorial debut in 2002 with ‘Confessions of a Dangerous Mind’ to fair critical acclaim. But your film about the conflict between Edward Murrow and Senator Joseph McCarthy earned you two Oscar nominations. One as writer, and one as a director. You also directed David Straitharn to a nomination for Best Actor. The film portrayed Murrow’s defiance in his efforts to challenge McCarthy’s unethical witch hunting tactics when it came to finding Communists. You also played Murrow’s producer, Fred Friendly.

Those are some damn good times George, I’ve got high hopes for ‘Leatherheads,’ just don’t let me down. However, I know if you do, you’ll have a great sense of humor about it.