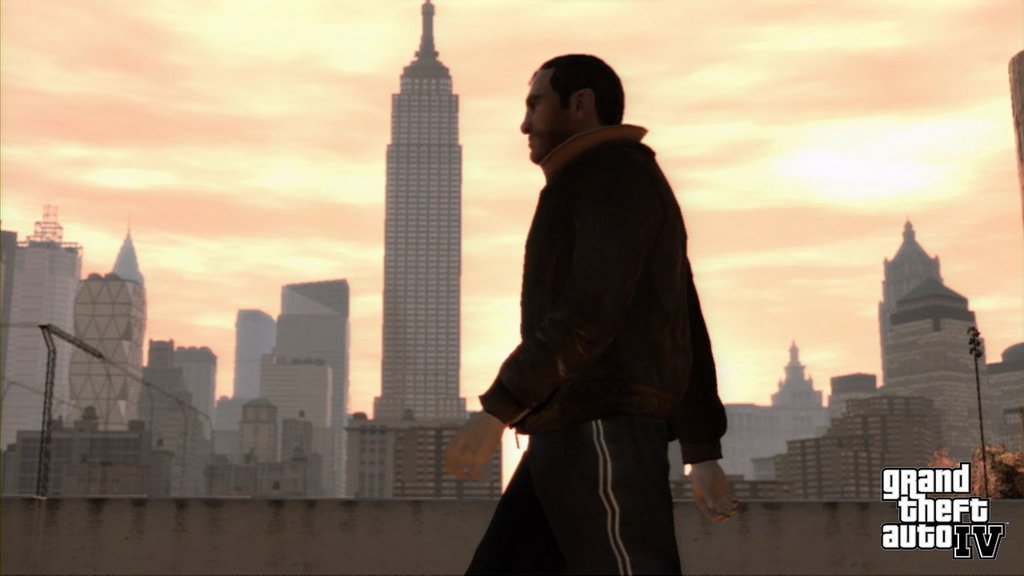 It’s unfortunate, because for the second time in a row, the game I’m most excited for won’t be in my hands until almost the last day of the month. The game I speak of is Grand Theft Auto IV.

So what do you really need to about this game? It’s Grand Theft Auto, you’re gonna get it no matter what I say.

The makers of the game have compared the jump from the top scrolling old school GTA to GTA III to the progress made here. There is a huge difference in the world of GTA III (this includes the chapters Vice City, and San Andreas) and GTA IV. Things are more organic, the city is breathing, you can knock belongings from the hands of a pedestrian. Rather then just stepping into a car, the player must hot wire them. Also, you won’t be the only one committing crimes in the virtual world of Liberty City.

The environment in GTA IV is said to be the best from the company, the largest step forward. Clearly modeled after New York, the lighting, filter, and texture design is dynamic, fluid, and picturesque. It’s this attention to environment that set the GTA games from their clones. Rockstar and the makers of GTA set the standards for the industry.

1up.com called the main character in GTA IV the most complex lead character in the series (we’ve come a long way from the unnamed protagonist in the GTA III, and even more fleshed out then CJ from GTA San Andreas). In GTA IV you are Niko Bellic, an immigrant from Eastern Europe who has arrived to Liberty City for new opportunities. You work with your cousin Roman, running missions across the city, and rising in the ranks of the underworld.

Multiplayer? We reported the different gametypes a few weeks back. The simple fact that there wil be a fully featured multiplayer portion of the game for Xbox Live and Playstation network makes it leaps and bounds over the original. With a huge amount of gametypes, this could be the one feature I’m most looking forward to.

With improvements in story, gameplay/controls, and environment, this would definitely be my hype of the month. I’ll see you April 29th!