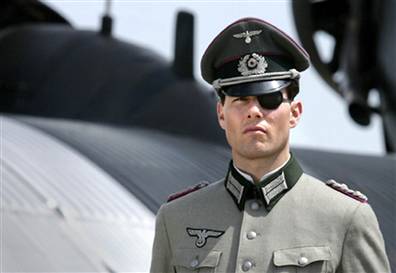 I’m no Tom Cruise fan, but I am a huge fan of World War II movies.  So, I was quite disappointed to hear that Bryan Singer’s ‘Valkyrie’ is getting its release date pushed.

Originally scheduled for release on October 3, the movie will now open February 13, 2009.  The movie is about a group of Germans who plotted to kill Hitler with a bomb during a meeting.   It stars Cruise, Kenneth Branagh, Terrence Stamp and Eddie Izzard.