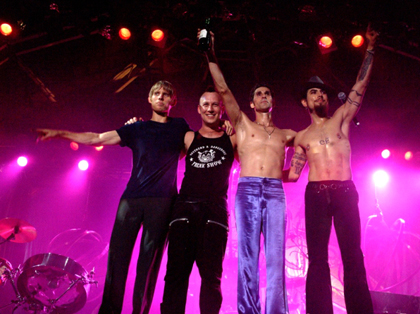 “I can’t quit you” comes to mind. Jane’s Addiction, who revolutionized the music scene with their 1998 release, Nothing Shocking, officially split in 1991 only to reunite years later (albeit without original bassist Eric Avery) and put out the 2002 studio album, Strays, only to split again. Well, get ready to get excited again because Jane’s Addiction is back again…at least for one show. Rolling Stone is reporting that the group will be reuniting once again when they receive NME’s “Godlike Genius Award” on April 23rd.

So far it’s a one-off reunion, but as we’ve seen before, bands like Jane’s Addiction like to get back together and say “it felt really good to play together again.” And with Lollapalooza just around the corner, it’d be even more fitting.