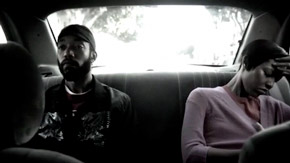 ‘Medicine for Melancholy’ is a love story of bikes and one-night stands told through two African-American twenty-somethings dealing with issues of class, identity, and the evolving conundrum of being a minority in rapidly gentrifying San Francisco—a city with the smallest proportional black population of any other major American city.

Directed by Barry Jenkins, born and raised in Miami, but a current resident of San Francisco, the film’s trailer shows a rather intriguing film that has been received with great success on the festival circuit. With this film, Jenkins set out to capture the atmosphere of a modern day San Francisco. Jenkin’s describes ‘Medicine for Melancholy’ as a “simple, straightforward film that illuminates the modern complexities of living in a declining minority in America’s major cities.”