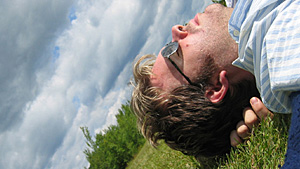 In 2004, Jason Crigler, a successful and established guitarist living and working in New York City, suffers a brain hemorrhage during a concert in Manhattan. The doctor’s prognosis is dire: if he survives, he’ll be a vegetable. His pregnant wife and the rest of his family rally around him in force, refusing to accept the prognosis. They make a promise to themselves, a promise to Jason: You will make a full recovery. From then on, the family takes his recovery into their own hands, reviving his brain with daily stimulation and countless acts of love.

Life. Support. Music., using footage shot by the hospital staff, tracks Jason as he breaks through his vegetative state. These devastating and life-affirming scenes are interwoven with powerful and painful reflections from Jason’s doctors and family. We slowly witness the return of Jason’s consciousness through his family’s personal and deeply intimate home videos. We watch Jason as he learns to talk again, walk again, and live again. We follow Jason as he ventures into his new life, learns to accept his new reality, and tries to remember who he was and who he is—a husband, a musician, and now—a new father.

The film features interviews with Norah Jones, Marshall Crenshaw, Teddy Thompson and other New York musicians who helped him along the way.

Life. Support. Music. shows us the power of faith and takes us on an epic but intimate journey which proves that ‘family’ may be the strongest material in the universe.

The Director, Daniel Metzgar, has received an Independent Series Award nomination for ‘The Chances of the World Changing.’

Life. Support. Music. will be playing at the Independent Film Festival of Boston, Sunday April 27 at 4:45pm, and Monday, April 28th, at 5:00pm