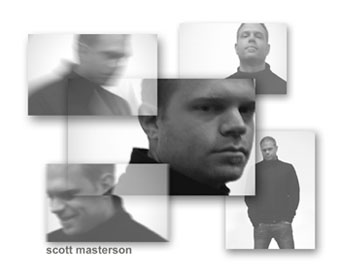 Twelve directors and twelve unique stories all in one film can seem like a daunting task to undertake and manage. Will it work? Does it flow? Should it flow? These are all questions that will be answered or debated after a viewing of the film, ‘Twelve,’ a feature-length film comprised of short films, each directed by Boston-based talent. The idea of ‘Twelve,’ a series of short films taking place and influenced by each month in a calendar year, was conceived by Scott Masterson. Masterson was kind enough to spend a few minutes with Lonely Reviewer to discuss ‘Twelve’ and its unique process.

SM: Really, the idea of a filmmakers’ collaborative, or co-op, was the original idea. I just wanted to
organize several young directors to work together on their own projects. Then I thought that it would be great if each of our projects could work together to form one film. The idea of a year-long collaborative seemed fair to everyone’s time, which organically turned into giving twelve directors each a month for their project. It all seemed to make sense and worked wonderfully.

LR: How did you go about picking the various directors for each month? What limitations/freedoms did you give each month?

SM: I invited filmmakers based on their individual strengths. Some of the directors were professional editors, some were writers, some were photographers. Everyone brought a different approach to the table and that was important to me. Everyone had to use the same camera and everyone had the month to produce their film, including 2 days of the other directors’ assistance. Also, each monthly segment was to come in at 6 to 10 minutes long.

LR: Is there a consistent narrative thread that takes place through each month? How is the film unified from one month to the next?

SM: We were careful not to make this one story from 12 directors. It truly is 12 different stories with 12 different approaches. However, we each filmed one scene at a certain tree to show the seasons, and there are character intersections, some smaller than others. But we did want to maintain each segment’s individuality. Like a single piece of wall art may include several different pictures. It’s a collage.

LR: How important was it to you that an overlying theme run through the film? And did you find it difficult to assemble the various pieces/visions into one cohesive feature film?

SM: The simple theme was the months. Each filmmaker, in addition to shooting in their assigned month, was asked to build their story around a theme they felt was associated with that month. The themes were different for everyone. For example, April director, Garth Donovan, felt that April was about coming out of hibernation. Applying those themes were more important to me than a feature-long theme (other than the months themselves). As for assembling all of the segments, as far as I’m concerned, I wanted them as different as possible. Again, it’s a collage. A collage of different stories, visions, and approaches. It is meant to be a rollercoaster ride.

LR: The film’s website discusses how the production was a co-op of sorts, with each month helping the other months out on their various productions. With 12 films and potentially 12 different crews, it seems like the film could have easily run into the whole “too many cooks in the kitchen” problem. How did you manage and overcome this potential problem? Or did you find that it was never a problem?

SM: It was never a problem, really. There were definite moments when we argued or butted heads
creatively, but at the end of the day we all love each other like a family. Many important decisions about the feature were come to by a majority vote, while many were decided by the executive producers (myself and Steve Oare). But, as for the individual months, that chapter’s director had full creative control. Anything we, as the supporting filmmakers, had to offer a particular month’s director, creatively or otherwise, was only a suggestion. And that was understood by all.

LR: Due to the nature of the film and your approach, it seems like the concept of “Twelve” can be discussed just as much as the actual film. What do you hope audiences take away from watching this picture?

SM: This film, as a whole, is going to have a strange effect on audiences. It is a film that almost no one will like from beginning to end. Each chapter of the feature will be loved by some and disliked by some. The experience will be different for each audience member. This is exactly what we set out to do. We want the film to spark debate between audience members as they walk out of the theater, each discussing their likes and dislikes. We want each person to be able to find something within “twelve” in which they are drawn. Strangely enough, it works.

LR: The website for the film describes each month as a character in the film. How does Boston itself play a role in the film?

SM: All of the involved filmmakers are Boston-based and it was important for us to utilize the city and its surrounding areas as the setting for each month. Not to mention, the area’s seasons are so extreme, it is the perfect location for a movie that showcases those seasons. We also felt that Boston has some many colorful characters and stories. It seems natural to feature those people and places, but at the same time, we didn’t want it to turn into a movie about Boston. So we consciously steered away from the iconic shots of the city. The city comes across as comfortable and familiar. And that’s what we wanted.

LR: What do you hope comes out of your film playing at IFF Boston?

SM: The IFFB is a great festival, and as a film produced in Boston by Boston filmmakers, it was very important to us that we premiere there. We built post-production around the festival entry deadline. We plan on entering numerous festivals, but this was one of the most important to us. We wanted all of our cast and crew, friends and family, co-workers and fellow Boston filmmakers to have the opportunity to see the film and share in a big step that each of us have taken with this project. We want Boston to see that there is talent here.

LR: Can you pick a favorite month?

SM: I think that everyone, including myself, will have a favorite. And that’s the point. But, I suppose the safe answer is January (my own month!).

SM: The film’s not perfect, and we’re the first to admit that we’re still learning. But it is still an
interesting, fun, entertaining movie. We all enjoyed the experience and we all love the final product.

Many thanks to Scott Masterson for his time. ‘Twelve’ will be debuting at the IFF Boston on Sunday, April 27th at 7:00pm at the Somerville Theater. For more information regarding the film, check out the website for ‘Twelve.’