Everybody needs someone to love them, even Muggles. Maybe that should be the subtitle of Josh Koury’s documentary, ‘We are Wizards.’ The film follows those using the Harry Potter series as a jumping off point for a variety of creative endeavors. From forming a band, (Harry and the Potters, The Hungarian Horntails,) to creating a website, (Melissa Anelli or Heather Lawver,) to some form of almost performance art, (Brad Neely,) everyone seems to be inspired by the boy wizard.

The movie follows several plot lines. Harry and the Potters find success greater beyond their initial goal. (They wanted to play the Boston Public Library. They ended up touring the US.) Melissa Anelli started the website ‘the Leaky Cauldron,’ to update fans on the world of Potter, and who found herself with an incredibly popular podcast and a book deal. Heather Lawver stood up to Warner Bros. after receiving a cease-and-desist letter saying that her website was infringing upon the company’s trademark. And Brad Neely also had his own tangle with the studio, creating an alternate commentary track for the first film, and then parlaying that quasi-stardom into a career as an animator and artist. Clearly, Potter all had a profound effect on each of these people.

Each person is an interesting spoke in the world of Harry Potter. They’re very much the definition of ‘active reader,’ taking what they’ve read and used the inspiration to create something completely new. It’s impressive and admirable.

However, as interesting as these stories are, ‘Wizards,’ doesn’t completely connect-the-dots and the film doesn’t really reach a conclusion and instead just ends. Early on, there is a sense that we’re going to see how these people, outsiders in many ways, have found themselves in the world of Potter. How a group of people who don’t belong can belong together.

The characters are all fascinating and all worth of documentary treatment. Perhaps the filmmakers fell too much in love with these characters. And it’s hard not to. Harry and the Potter’s take the stage asking their fans if they’re ready to do battle with Voldemort through reading. Heather Lawver was suffering from a life-threatening illness during her scrapple with the studio heads, and it was that battle that kept her going. Brad Neely also found his voice in the world of Potter. But ‘Wizards,’ doesn’t completely make these stories come to a head and after a while, one finds oneself squirming, waiting for the film to conclude in a way that it never does. That is a shame. ‘We are Wizards’ is about a fascinating sub-culture of people, but it never seems to go more than skin deep. Maybe a follow-up is required. Judging by Heather’s newfound desire to be a race car driver, and with the release of the final book, perhaps seeing what happens to these people when the product they love stops coming with new stories would be film just as interesting. ‘We were Wizards,’ anyone? -Sam

Note: After the screening at the IFFB, the producer, editor and director, as well as several members of the cast took part in a Q&A. Harry and the Potters then gave an acoustic performance of some of their best-known songs. 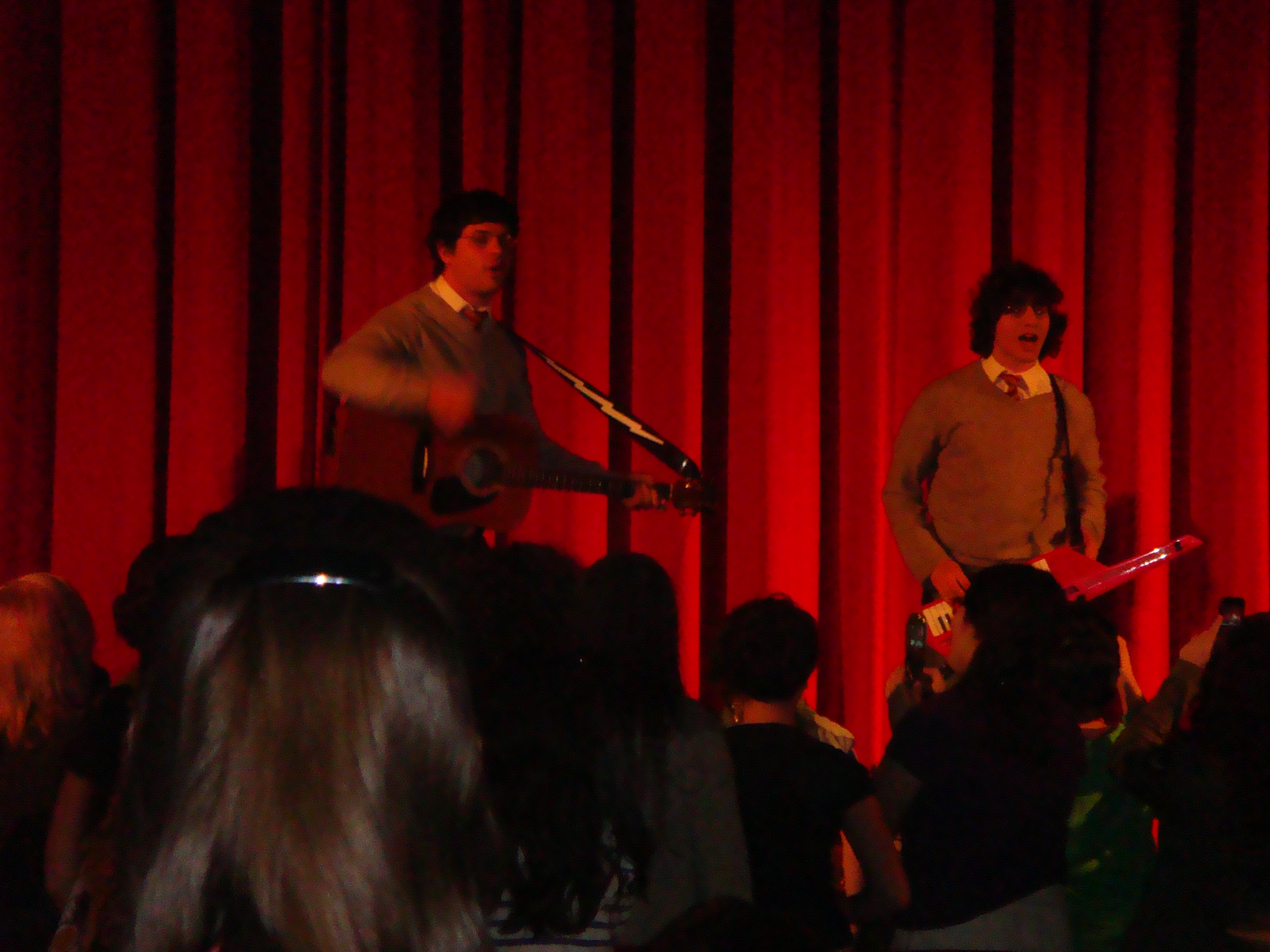 One thought on “IFFB Review: We are Wizards”