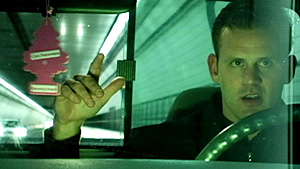 ‘Twelve’ could have easily derailed given its circumstances. 12 separate short films, each helmed by a different director, some overlap in story (but they’re mostly scarce nods to earlier pieces), each with a different tone and approach. And yet, with all of this potential for a schizophrenic 2 hours, ‘Twelve’ rises above and presents a film that is alarmingly cohesive and effective.

There is no real way to go about revealing a plot or story or theme as the film is comprised of 12 different ideas. ‘Twelve’ takes place during a calendar year, is a series of stories set during each respective month of the year. The stories sometimes evoke the nature of that month, but other times they just seem to take place during those months with few real references to the time of year. Most of the months, despite the varying tones, flowed easily from one to the next. In fact, the first half of the film (January through June) had such a strong synergy about it that I couldn’t help but wonder how involved each filmmaker was in the others’ projects. This is a high compliment as in the hands of lesser talent, a film that went from a story about a man who hasn’t slept for 2 years to a basketball playing robot to a serial killer investigation with a huge narrative twist (which I won’t reveal as this is probably the best ace up overall film’s sleeve) would have easily fallen apart or, at the very least, felt like you were watching various, non-related shorts. But ‘Twelve’ had such a strong synergy in the first half of the film that I almost immediately dropped my guard; I was invested in the film. Indeed, my favorite month of ‘Twelve’ came at the dead center of the film with director Noah Lydiard’s June, the story about Warren, a boy genius, and his flying machine. The film was funny, inspiring, hopeful and moving, all within 10 minutes.

The second half of the film is where the synergy occasionally broke down. July was an interesting idea, but felt slightly undercooked as a story about a photographer/exotic dancer and her obsession with taking pictures of this one person. August’s discussion of the significance of bees and the musical key of A was an interesting change in pace from the narrative flow of the overall film to that of a documentary approach, although it was slightly jarring in its abrupt transition. And September’s lyrical prose and (I hate to call it this, but I struggle to find a better analogy) almost music video-esque discussion of our interrelatedness and our “flow” was almost completely out of place in the overall film, yet was probably one of the film’s most inspiring shorts if taken as a stand-alone piece. And therein lies the strength of ‘Twelve’: when the film faltered as one cohesive film, it shined as individual pieces of art.

‘Twelve’ should be applauded for a few reasons. First, and foremost, it is a great film that, despite its few flaws, stepped up to stand on its own. Second, its innovative approach to a feature film: ‘Twelve’ is a film that took a risk with the idea of 12 short pieces put together as a single entity, yet the film never played like a risk. It felt natural and comfortable. Finally, and probably the biggest thing that I walked away with after watching the film, was that ‘Twelve’ demonstrated a love of filmmaking. These 12 talents behind the film showed that given something as seemingly simple as telling a story in or about a month can be something more than just a simple story about a month. ‘Twelve’ is highly recommended.