Skip to content
home Movies, News Mel Gibson to go to the ‘Edge’ 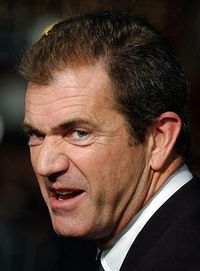 Returning to the screen after a six year absence, resident lt. controversy Mel Gibson is stepping back in front of the camera. This time for an adaptation of Edge of Darkness, a six hour BBC miniseries from 1985.

Producing the Bill Monahan written script is ‘Departed’ producer Graham King, and will be directed by Martin Campbell (Casino Royale) who also directed the miniseries.

The film follows Gibson, a police investigator whose uncovering a system of corruption that led to the death of his activist daughter.

Despite all his issues, I love Mel Gibson, both behind and in front the camera, plus, the Departed dream team back at it again, I think this is a recipe for success.