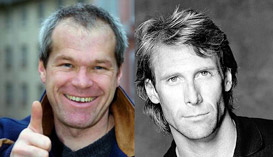 The feud continues, we reported a few weeks ago Uwe Boll trying to drum up some controversy (aka publicity) by calling out directors like Eli Roth and Michael Bay.

Michael Bay responded a few weeks ago, calling Uwe Boll a sad being! Bay has come back for more:

Can we stop talking about this guy! I never even heard his name till last week when he made threats and rants. The guy is a fucking idiot, making threats to me, Clooney, Eli Roth, says he has a doctorate – but uses the word “retard” in his vocabulary, come on. When you look at his videos, what is interesting are the backgrounds. I guess his low rent offices, with 15 year old 3/4 machines, archaic computers, this is just some dumb chump trying to get some fame when he has none, so he has to make Youtube lame quality anger rants. Guy just want attention because he can’t get any for the so called movies he makes. Nothing sadder when he had his screening in LA to an over half empty movie house. He is a troubled soul — let’s not waste time on talking about him please.

Yes, let’s not waste time talking about him, yet, I keep releasing statements, and tearing him down as often as possible. It’s easy to deal with a bully Mr. Bay, my Mom always told me to just ignore them, and they’ll go away. Don’t you have an action scene with lots of shakiness and quick cutting to direct? And Uwe? You go to your corner, no dessert for you.