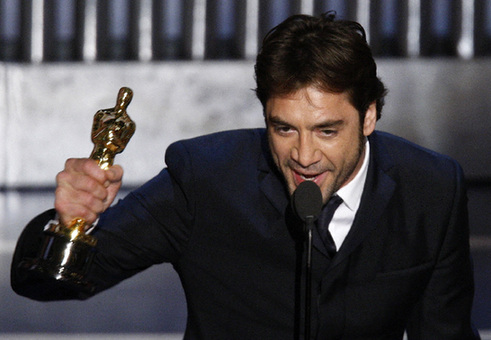 Javier Bardem announced that he is taking up to a year off from acting, citing his exhaustion from work, and the awards season (carrying an oscar is tough). Bardem will be taking the time off to relax, and recharge his batteries.

Bardem has stepped out of the lead role in the latest musical from Rob Marshall, ‘Nine.’ An adaptation of a stage musical that is inspired by the Fellini film ‘8 1/2.’ The film was postponed from a end of 2007 start because of the writer’s strike..