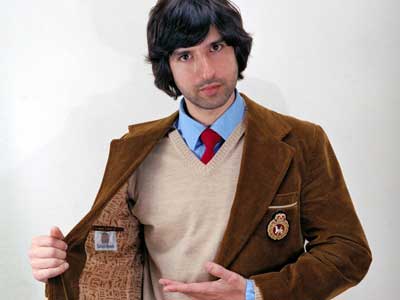 My new favorite comedian Demetri Martin is in final negotiations for the lead role in “Taking Woodstock” a new film helmed by Ang Lee.

Martin will star as a gay man who hasn’t come out of the closet, working in his hotel owned by his parents in the Catskills. He accidentally sets in motion the infamous Summer of 1969 concert.

The film is being adapted by James Schamus from a memoir by Elliot Tiber.

I only recently discovered this guy, and he’s freaking hilarious. Do yourself a favor, Youtube him, you’ll thank me later.