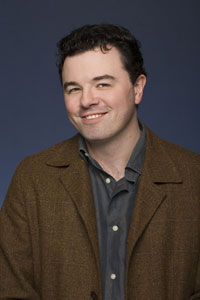 Seth MacFarlane and 20th Century Fox Television have reached an agreement that will keep him with the studio until 2012.

I have to be honest, I’ve been pretty faithful to the show, and was extremely enthusiastic when they brought it back from cancellation, but, something about the show I just don’t find funny anymore. I’ve never been a fan of ‘American Dad,’ but ‘Family Guy,’ was excellent pre-cancellation. It’s quality since its return has been so-so.