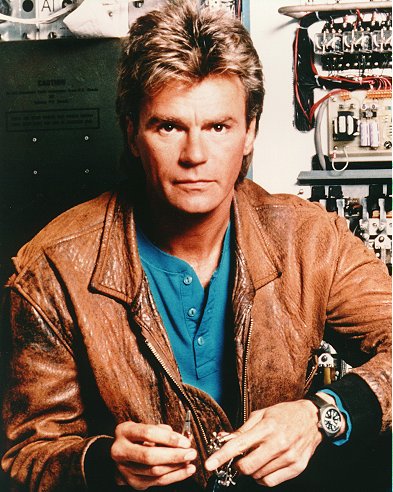 Lee David Zlotoff, the creator of ‘MacGyver,’ announced at Maker Faire 2008 that he was in the planning stages of a movie based on the awesome innovative and entertaining show from the 80’s, ‘MacGyver.’

There are a lot of things we don’t need made into movies well before this. Off the top of my head, here are three movies I would not like to see made before not making a ‘MacGyver’ movie:

1.) Armi and Danny’s ‘I Wanna Love You Tender’ Movie – You can check it out here if you hate yourself. At least stay until the end when you get to see a cool flying car, which is pretty much how every movie should end. It definitely would have been a pick me up if ‘The Elephant Man’ ended with John Merrick driving a flying car.

3.) 90 Year Old Man Gets Text – Starring Peter O’ Toole trying to figure out how to return a text message.