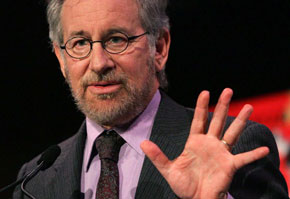 What’s with all the German exclusives? Steven Spielberg, promoting for the much anticipated Indiana Jones and the Kingdom of the Crystal Skull told German weekly mag “Focus,” that he will be returning his attention to his epic project on Abraham Lincoln.

On development for over 3 years, Liam Neeson has been waiting in the wings for a start date. The script is written by playwright Tony Kushner, and consulted by Pulitzer Prize winning historian Doris Kearns Goodwin.

Spielberg will first shoot “Tintin,” and possibly begin the epic in early 2009.