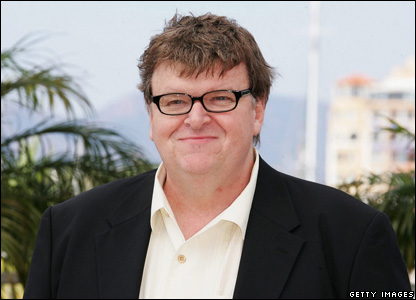 To follow up the lack of box-office gold ‘Sicko’ was, Michael Moore is returning to what became the most profitable documentary in the history of film, ‘Fahrenheit 9/11.”

Michael Moore is making a sequel to the controversial doc that grossed $119.1 million dollars domestically. The film will be co-financed and co-produced by Overture Films and Paramount Vantage.

The film will pick up where the first left off, focusing on Bush’s plummeting popularity, the failing economy, and the continuation of the Iraq War.