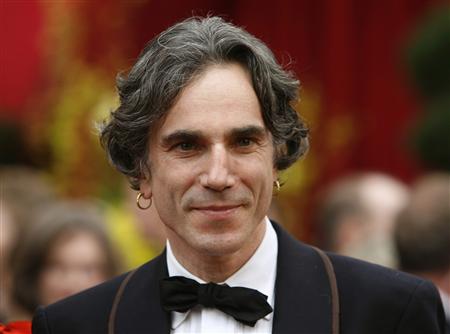 The report is preliminary, but apparently Daniel Day-Lewis is in talks to star in the new Rob Marshall (Chicago) musical ‘Nine.’

The film, based on a stage musical inspired by the Fellini film ‘8 1/2,’ had originally cast Javier Bardem when it was set to start shooting in the fall. But Bardem, exhausted from his recent back to back projects and awards season dropped out.

Daniel Day-Lewis recently received his second Academy Award for ‘There Will Be Blood.’ If Day-Lewis does get the part, just add to the list of this incredible actors range. He can play Oil Men, 19th Century Gang Leaders, a Writer with cerebal palsy, and, a film director going through personal and creative crisis (telling his story while singing, it is a musical you know).