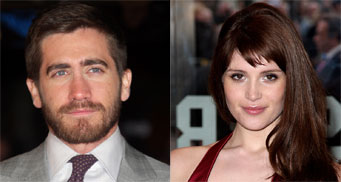 Coming to you from producer Jerry Bruckheimer, and director Mike Newell is your latest video game adaptation, ‘Prince of Persia: The Sands of Time.”

Jake Gyllenhaal has been cast in the title role, Dastan, a young prince joins forcest with Tamina, an exotic princess, to prevent a villain from possessing the Sands of Time. The villain aims to reverse time and rule the world.

Gemma Arterton, who will be seen in the next James Bond film ‘Quantum of Solace,’ will star as the Princess.

Prince of Persia has never been my bag, and its interesting to see talent like Jake Gyllenhaal in something like this. Gyllenhaal dressed in the trademark outfit of the Prince of Persia should be an interesting site. There’s no word yet at what their looking to rate this film, but I’d say their best bet would be to aim for a younger, but a lot of it depends on the execution.