Skip to content
home Movies, News There Can Be Only One! (Or Two) 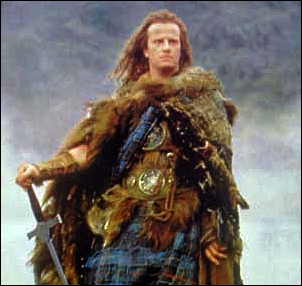 At the very least we know that Sam’s “Remake This” column will continue to have a healthy selection to write about. The latest victim in this never ending saga of remakes? The 1986 Christopher Lambert/Sean Connery classic, ‘Highlander.’ Say it ain’t so! The remake will be produced by Summit Entertainment and will be written by ‘Iron Man’ writers Art Marcum and Matt Holloway.

Here’s my question: Why a remake? There have been 4 sequels to this movie and a television series. Why not just make a new entry instead of rebooting the franchise? (I say this having never seen the films after 3) I mean, it’s Christopher Lambert’s only real claim to fame. Don’t take that from him. Plus, if memory serves, each entry wasn’t really related to the others, so it’s not like they’re wiping away continuity. Man, I love ‘Highlander.’