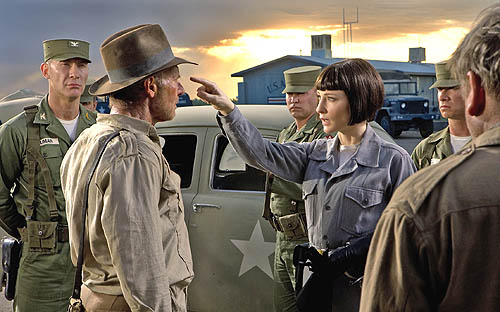 It’s hard to walk into an Indiana Jones film and not have expectations. For many, the love of film stems from the original Indiana Jones trilogy: the films act as a spade, digging up a child-like sense of fun, adventure and bewilderment.It’s an ability that few other films can lay claim to. So after 19 years of waiting with nervous, bated breath, as rumors periodically trickled to our ears that there would be a fourth installment of the epic adventure series, expectations are understandably high for ‘Indiana Jones and the Kingdom of the Crystal Skull.’

So let me lay my cards out on the table so you’re aware of what I was measuring this film against. I was not expecting a reinvention of film. I was not expecting world peace to come to a frothy head as olive branches sprung forth from the screen. I was not expecting this movie to be the second coming of Christ. Rather, my hopes were as follows for ‘Indiana Jones and the Kingdom of the Crystal Skull’:

1. The film would fit soundly into the Indiana Jones world
2. It would be fun

That’s all. So did the film live up to my expectations?

Well, sort of. ‘Indiana Jones and the Kingdom of the Crystal Skull’ stumbles out of the gate. The opening scene in the warehouse felt slightly off and almost like an Indiana Jones knock-off. At the end of the scene, finishing with the first of two out loud groan-inducing moments, I began to worry that the magic was lost after all these years. The film played like all of the cheap Star Wars and Indiana Jones copycats that followed after the success of those films. My hopes for a great Indiana Jones movie were dangling from a precarious line of twine: that of Harrison Ford. Indiana Jones (the character) was definitely back on the big screen and in a big way. When Ford put on the fedora for the first time, that sense of excitement took hold and carried me through the opening of the film. But 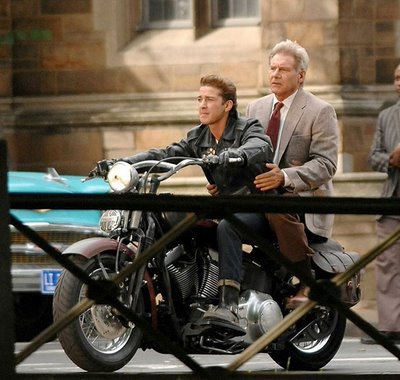 clearly Ford couldn’t carry the movie the whole way. At some point the story had to catch up. And, thankfully it did. After the opening hiccup, the film finds its voice and its rhythm at the introduction of Mutt Williams (Shia LeBeouf) and the subsequent motorcycle chase scene the follows. The film had found its stride and suddenly, I was watching an Indiana Jones movie. The adventure and sense of wonder were back in a big way. And the laughs were just as strong as before. Jones’s message to Mutt about doing what he wants to do no matter what anyone else tells him and the about face his ideas take when he learns Mutt’s lineage is really funny. But for my money, the most laugh out loud moment of the entire film comes from Indiana Jones in the quicksand and the only thing that can save him: a snake. Seriously: laugh out loud. The film was in such a stride at this point that I easily overlooked the film’s second groan out loud moment during the jungle chase scene. But what an out loud groan moment. Seriously, whoever thought that Tarzan moment was a good idea should be covered in ants. I’m looking in your direction, George “Jar Jar Binks” Lucas.

And as much as the film hits its stride, it loses steam and momentum at the end. I won’t give away the ending, but let’s just say that as much as I am able to suspend disbelief, the ending was a bit of a, “Really? That’s how you’re going to potentially end this series?” I don’t blame my older, more jaded movie watching ways for not buying into the ending. Rather, I blame the fact that the ending didn’t fit into the Indiana Jones world that Spielberg and Lucas created all those years back with the previous movies. And I can say that this is honestly the movie’s biggest fault: it tries too hard to be an Indiana Jones movie and forgets what made the original films so great. All of the plot devices and characters felt thrown in because they should be in the movie. There was no real urgency or reason to get the Crystal Skull other than the film needed to be on an adventure. There was no real reason for Mutt Williams to be in the movie at all other than to, apparently, take over the mantle of Indiana Jones when Harrison Ford gets too old. And while there was sort of a reason for the Russians to be after the Crystal Skull, there was no real reason for Irina Spalko (Cate Blanchett) to have the powers that she did (and never really used).