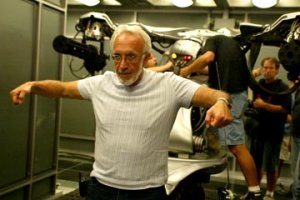 Stan Winston, best known for his special effects work in such films as ‘Aliens’ and ‘Jurassic Park’ has died at the age of 62.  Winston died yesterday after a long bout with multiple melanoma.Winston won 4 Oscars for his work, and was nominated six other times.  He also won 6 Saturn awards and three BAFTA Awards.

Winston worked in several fields, including make-up, special effects and production. Some of the films he had worked on include, ‘Batman Returns,’ ‘Terminator 2,’ ‘Big Fish,’ ‘A.I.’ and ‘Iron Man.’

Simply put, Winston’s contribution and development to the early world of special effects and make-up is un-paralleled.  He is one of two special effects artists to have a star on the Walk of Fame in Los Angeles.  He also was a co-founder of Digital Domain.