Skip to content
home Movies, News ‘300’ Sequel in the Works 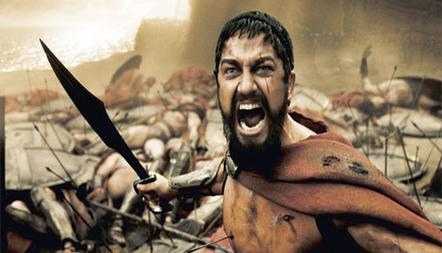 Legendary Pictures has confirmed thats a ‘300’ sequel is in the works, with Zack Snyder (probably) helming once again, and Frank Miller writing. Snyder won’t officially commit until he sees the new book from Miller.

Miller is currently working on the graphic novel that the new film will be adapted from. There is no word on whether the film will be a spin-off or prequel, as most of the characters didn’t make it through the original.

Sequels when most of the main characters die can be tricky, they’ve been trying to do a Gladiator film for years, there’s also been talk for a Departed sequel. Personally, ‘300’ was a bit too over-stylized for me. Sometimes, stories require sequels, sometimes, Studios like to milk a cash cow. Which one do you think this is?