Skip to content
home Movies, News Will Smith Still on Top with Hancock 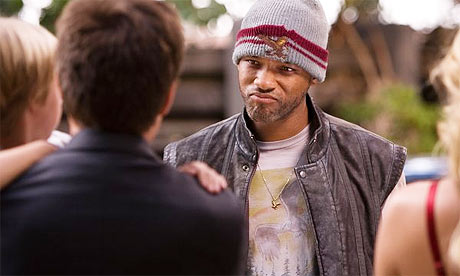 Will Smith once again has proved his star power with a $107.3 million dollar debut weekend (5 1/2 days), taking its place as the third-biggest Independence Day opener, trailing just behind “Transformers,” and “Spider-Man 2.”

‘Hancock’ marked the actors fifth July 4 outing, and despite relatively poor reviews, he still opened at number one. Though a superhero film, ‘Hancock’ an original film, not based on any other material.

‘Wall-E’ came in at second, with a $33.4 million take, showing a 47% decline from the previous weekend, however, it has passed the $100 million dollar mark in only its second week, bringing in $128 mil total in its second week.