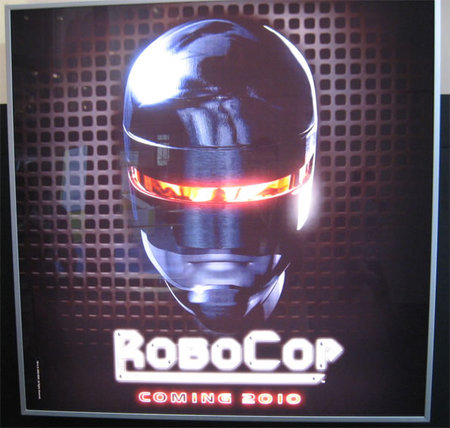 Slashfilm picked up on an interesting little tidbit hidden away in Hollywood Reported this week. Apparently, director Darren Aronofsky, among others, has been recently in to discuss the possibility of directing the new Robocop remake.

Robocop, originally directed by Paul Verhoven has been set on track for a remake, with a poster coming out setting it for a 2010 release. Aronofsky, whose other films include Pi, Requiem for a Dream, and The Fountain, would be an interesting choice for the restart.

As a big fan of the original, the later (PG-13) films filled me with quite a bit of sadness. I’d be interested in what Aronofsky would have in store for us, you may remember that at one point, he was going to adapt Frank Millers Batman: Year One. And naysayers remember, there was a time where the fanboys shook their heads at the idea of a director like Christopher Nolan doing Batman Begins, now how many of you are excited about Dark Knight? That’s what I thought.