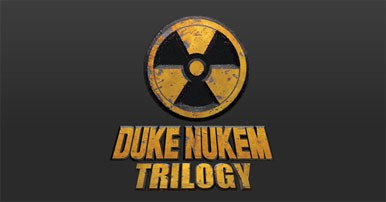 All the exciting video game news is emerging this week, this one comes in the form of an oldie but goodie. Back in the late 80s and early 90s, one of the founders of the idea of Shareware was Apogee Software. They’d give you the first few “episodes” in a game for free, with the rest coming after purchasing the license.

Their titles included games like Commander Keen (which was developed by the old iD Software crew), Duke Nukem, Wolfenstien 3D, Rise of the Triads, and 30 more IPs. Apogee changed names on the release of Duke Nukem 3D to 3dRealms, supposedly planning on keeping the Apogee brand, but releasing 3D games under this new brand.

It’s been a long time since we’ve heard the name of Apogee Software, and plans are to resurrect the brand to release some of their old catalog to the DS and PSP. The start the new exciting releases, Apogee plans on releasing a Trilogy of episodic Duke Nukem game to the handheld platforms.

Growing up, I was mostly a PC Gamer, so Duke Nukem has as much nostalgia for me as the Mario series. I can’t tell you how much I’m looking forward to seeing what Apogee has under their sleeves to revive the brand.

No release dates announced yet, and lets put it this way, it can’t come soon enough.