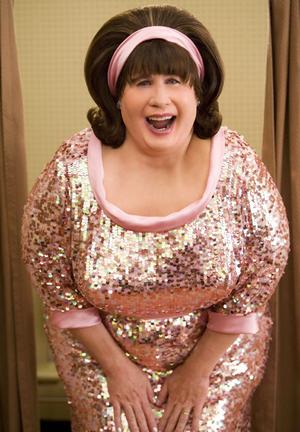 New Line Cinema just signed a deal with “Hairspray” creator John Waters to write a treatment to the successful film adaptation of the musical.

Returning are director-choreographer Adam Shankman, as well as Tony-winning songwriters Marc Shaiman and Scott Wittman. The cast of the 2007 film did not have sequel options in their contracts, but Warner Bros. hopes they will all sign on for a July 2010 release.

The first film grossed $200 million worldwide, and July musicals have a history of doing really well (take a look at Mama Mia!)

Any film that has a singing John Travolta in drag deserves a sequel, but thats just my humble opinion.

2 thoughts on “Waters Signs on to ‘Hairspray’ Sequel”