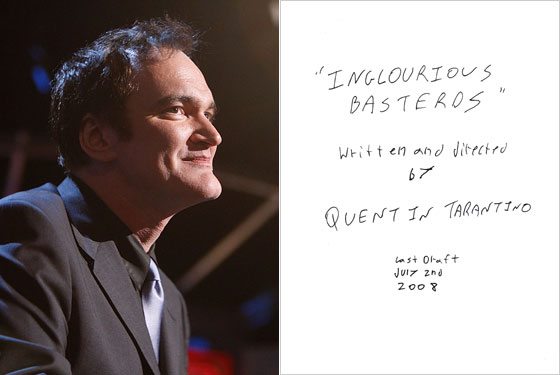 Brad Pitt is officially a “bastard,” having closed his deal to star in Tarantino’s new directing vehicle, ‘Inglorious Bastards.’ The film is co-production between Universal and the Weinstein Company.

Much of the dialogue in the film is French or German (subtitles will be used), Pitt’s character will speak English, his character assembles a team of eight Jewish-American soldiers to hunt down Nazis.

Simon Pegg, David Krumholtz, B.J. Novack, and Nastassja Kinski are in talks to join the film. Pegg will play a British lieutenant, Krumholtz and Novack as Pitt’s underlings, and Kinski is in talks to appear as a German movie queen.

Film will begin production October 13, aiming for completion by next years Cannes film festival. There is definitely a lot of hype surrounding this film, its been a project in the works for quite a while, and though, the cast isn’t necessarily his dream cast, there’s a lot going for this film.