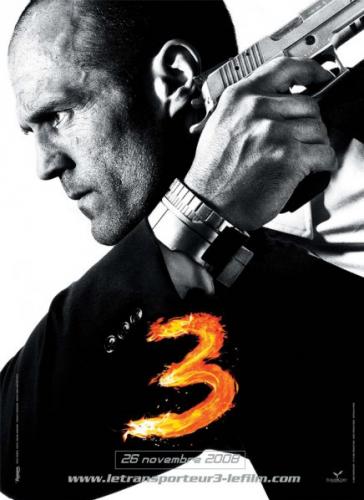 If the fact that the ‘Death Race,’ remake is opening on Friday depresses you because it means no Jason Staham movie to look forward to, well, I have good news.

The poster for ‘Transporter 3,’ has been released, which means the actual movie is just around the corner. The film will probably involve Staham transporting something and people shooting at him. And a couple of cars will get destroyed. I haven’t seen or read anything, but that’s my guess.

Staham also has recently wrapped ‘Crank 2,’ which I am actually looking forward to. Say what you will about the original ‘Crank,’ but at least it was unlike anything you’ve ever seen. ‘Transporter 3?’ I think I may have seen it already. -Sam