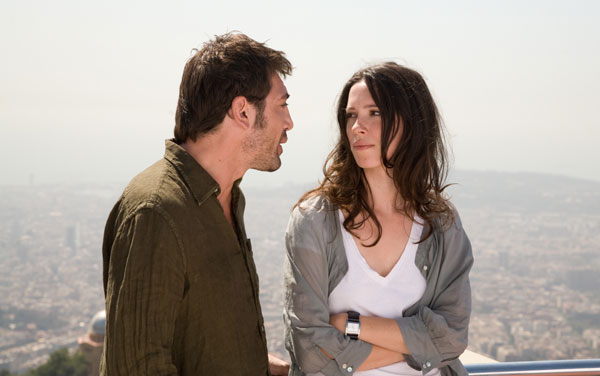 Woody Allen’s latest, ‘Vicky Cristina Barcelona,’ is an interesting film, it looks at relationships and love as something that is changing with our times. That for some, what is normal just may not be what’s right. Now, as a traditionalist when it comes to love and relationship this theme made the whole thing a bit hard to swallow. I found the characters difficult to sympathize with and relate to, but this by no means made it a bad film, far from it, but, a fact that I needed emphasize in my review.

The film stars Allen’s latest muse, Scarlett Johansson, and the delightful Rebecca Hall as Cristina and Vicky respectively. The best friends, decide to visit Barcelona for the summer, staying with a distant relative of Vicky. The film is narrated, which is how much of the plot is introduced. Vicky is in Barcelona because she’s getting a masters in Catalan Identity, and Cristina is there seeking more of a purpose in her life, having just completed a 12-minute film about love.

While at an art exhibit the two see artist Juan Antonio (Javier Bardem showing is incredible range), Cristina is almost immediately attracted to him. At dinner, they are approached by Juan, who invites the two out to a Spanish village, to sight-see, drink wine, and make love, with both of them. Vicky is engaged, and finds the whole thing untoward. Cristina on the other hand finds the dark and handsome man intriguing. Cristina wants to go, and Vicky decides to go along to take care of her friend. So the pair head off down a path of confusion, lust, and love.

Like recent outings by Allen, it’s hard to see his hand in this (other then the dialogue, and the titles that bookend the picture), but, nevertheless, it is definitely his. In his last few works, we are witnessing an artist evolve for a new generation. The cinematography found here is wonderful, painting a glorious picture of Barcelona. This is cinematographer Javier Aguirrasarobe’s first outting with Allen. Coupled with the great production design, the atmosphere is definitely one of beauty. 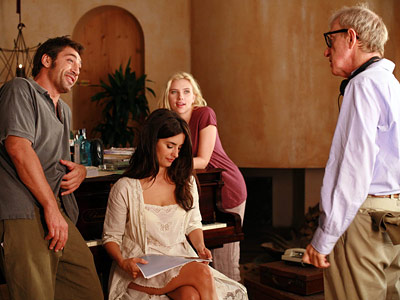 The real gem here is Rebecca Hall, she is a talented actress with a bright future. She portrays a character who thought she knew where her life was going, however, after meeting Juan, she turns around to question exactly what she thought she wanted. Javier Bardem is also excellent. You have to admire an actor who can go from a quadriplegic, to a psychopathic hit man, to a charming bohemian. There’s no telling how he’ll surprise us next.

The film is rather short, just past 90 minutes. The cast of ‘Vicky Cristina Barcelona’ begs the audience to question their characters morality and values. You find yourself asking, is it right? Is it wrong? Should she be with him? Should she not? Either way, it was an entertaining movie, with amazing locations, and great performances.