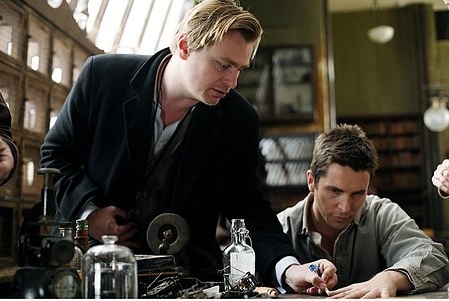 Trade magazine Production Weekly is reporting that ‘Batman 3’ is in pre-production and that Christopher Nolan is onboard as the film’s director.  No one else is reporting this, so, take it with a grain of salt.  However, it is definitely a move in the right direction.

They have pre-production starting in full in February 2009, which, if correct, means Nolan won’t be doing another movie between Batman films.  The site also gives Nolan a longer post-production time, but, why wouldn’t Warner Bros. give Nolan all the time he wants?

Needless to say, I’m hopeful and optimistic that this is true.  Maybe Nolan wants to get the third film done and finished and then move on to other projects.  Either way, another run through Gotham City is something to look forward to.  -Sam

One thought on “Nolan Reportedly Signs For ‘Batman 3’”