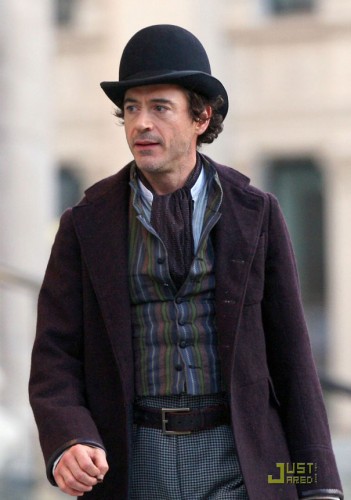 The web-site, Just Jared, has posted a good number of the pictures.  When asked about the role and the movie, Downey said, ‘Clearly I’m going to do it better than it’s ever been done. The more I read about it the more overwhelmed I was by the weight of it and the amount of people who will be watching to see if it’s gotten right.’

Even though the film is directed by Guy Ritchie, who has been on a bit of a professional roller coaster as of late, I’m intrigued to see what this turns into.  On top of Downey playing Holmes, Jude Law will be appearing in the film as good friend Dr. John Watson.