Editor’s note: This piece was originally run earlier this year.  In eager anticipation for Halloween, we would like to re-present this look at some of Mario Bava’s work.  Several titles previously un-reviewed in the series will be published in conjunction with several of the original works.  Here is the interductory article to prepare you for a bunch of films by Italian master, Mario Bava.

Born in the north-western part of Italy, Mario Bava’s first choice of a career was to become a painter. Unable to turn a profit from his work, Bava fell into assisting his father, one of the great cameramen of the Italian silent film era. After a stint working in special effects, Bava became a cinematographer in his own right, shooting two short films for Roberto Rossellini. 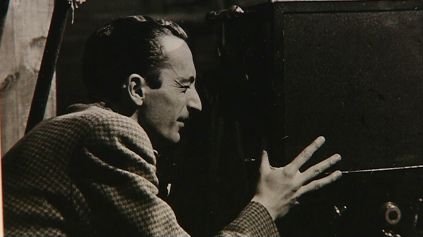 World War Two brought Bava’s burgeoning career to a halt, picking up afterwards, when US production companies began shooting there as a cost-saving measure. Bava’s camerawork and lighting on 1951’s ‘Quo Vadis’ was considered an important step in making the careers of actors Steve Reeves and Gina Lollobrigida.

Bava’s first solo directorial film, was 1958’s ‘The Day the Sky Exploded.’ Due to his inexperience, the film was credited to another director.

Bava’s second film was ‘Black Sunday,’ which was one of the first Italian gothic horror films and made a star of out actress Barbara Steele. Bava went on to direct what is considered the first Italian giallo film, ‘The Girl Who Knew Too Much.’ Giallo is the Italian word for ‘yellow’ and the term describes any Italian work of art that features tales of crime or horror or eroticism. The term comes from cheap paperbacks, which contained such stories, that always had a yellow cover to let buyers know exactly what kind of stories they’d be reading. Along with Dario Argento, Bava played a key role in inventing the genre of Italian horror.

But Bava was not solely a horror director. His sci-fi movie ‘Planet of the Vampires,’ is considered an influence on Ridley Scott’s ‘Alien.’ His ‘Bay of Blood,’ provided the framework for the slasher film. (In fact, ‘Friday the 13th’ borrowed quite liberally from ‘Bay.’) His ‘Diabolik,’ based on the popular Italian comic book hero is considered by many to be one of the best comic-book adaptations ever put to film.

His body of work is an impressive study of light and dark, of horror and suspense, of laughter and terror.

For the next two weeks, we’ll be devoting an article a day to the work of Mario Bava. Collectively titled ‘A Bunch of Bava,’ we will examine some of his work film-by-film and hopefully encourage you to re-visit, or discover his movies. There will be no real rhyme or reason with regards to the order of which the reviews will be posted.

This series will hopefully be the first in a number, taking a critical look at the career of some of the world’s great directors.

If you’re interested in reading more about Bava’s life and work, we highly recommend the following web-sites:

Mario Bava- The Illusion of Reality

And finally, if you’re looking for what is considered the definitive book on Bava, we highly recommend Tim Lucas’ ‘Mario Bava-All the Colors of the Dark.’ The full-color book covers all of Bava’s films, including the un-credited ones, and features the only known behind-the-scenes photos of ‘Black Sunday.’ Lucas edits the popular magazine Video Watchdog. He also runs a blog, keeping readers up to date on the Bava front.