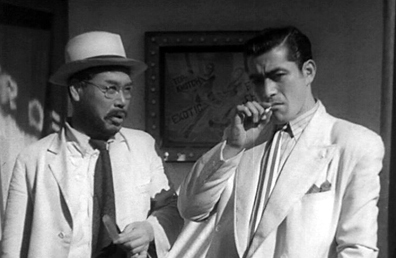 In some of the most exciting remake news I’ve heard in a while, Miramax has announced that Mike Nichols, (‘Closer,’ ‘Charlie Wilson’s War,’ and, oh yeah, ‘The Graduate,’) will helm a remake of Akira Kurosawa’s crime thriller ‘High and Low.’  The script is written by David Mamet, (‘Spartan,’ ‘House of Games,’ and, oh yeah, ‘Glengarry Glen Ross,’ who finished the draft at the behest of Martin Scorsese several years ago.  The script ended up shelved after a deal couldn’t be worked out with Kurosawa’s estate.

The movie is about the kidnapping of the wrong child.  (Instead of grabbing the child of a rich businessman, the kidnappers grab the businessman’s driver’s son.)

I’m excited about this one.