Skip to content
home Movies, News Is ‘The Transporter’ Gay? 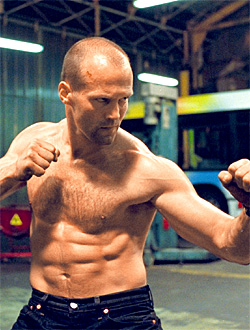 Not that it matters, but word is out that Frank Martin, the main character in the popular ‘Transporter’ films might be gay.

In a new interview, director Lewis Leterrier, (he of ‘Transporter 2’ and Edward Norton’s ‘The Incredible Hulk,’) says that he directed the second film, with the thought in his mind that Martin was homosexual.  ‘If you watch the movie and you know he’s gay, it becomes so much more fun,’ said Leterrier.

Does it matter?  Well, no, not really.  So why did Leterrier structure the film like that?  He says many action fans are homophobic.  ‘You see these tough guys who say, ‘The Transporter, that’s such a great movie!’ If they only knew they’re really cheering for a new kind of action hero!’

One thought on “Is ‘The Transporter’ Gay?”