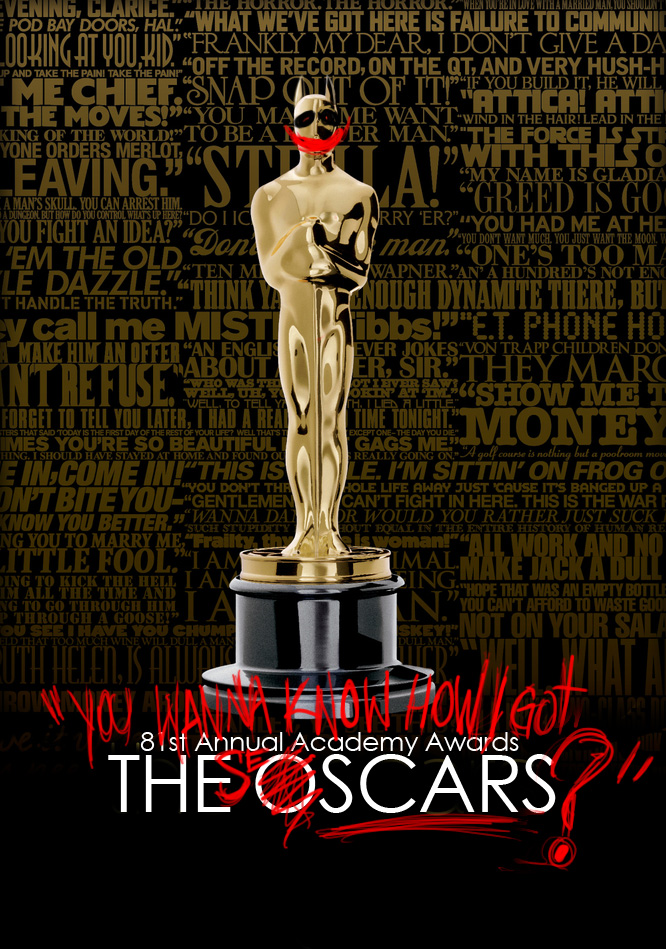 Instead of asking ‘why so serious,’ perhaps the question should be, ‘are they serious?’  The answer is a simple one: yes they are.

‘They’ are the fans of Christopher Nolan and ‘The Dark Knight.’  If toppling box office records wasn’t enough, they now have their eyes on a bigger prize: Oscar gold.  A website, Dark Campaign has been launched, complete was a ‘for your consideration,’ trailer, urging Academy voters to honor ‘The Dark Knight’ in all possible categories.

This is the largest-scale fan-mounted Oscar campaign I’ve seen in a while and there’s something touching about it.  Proof that movies can still make you feel and move you.  Time will tell if they’re successful, but, at least the ‘Dark Knight’ makers will be touched.  -Sam

One thought on “‘Dark Knight’ Fans Campaign For Oscar Gold”