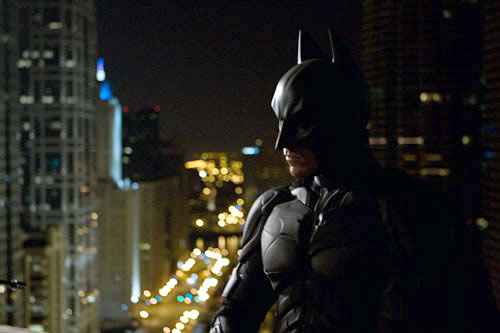 With the recent spate of comic book-based movies, we’re in a golden age. It is no longer just okay to throw characters onto the screen with poor dialogue and ludicrous scenarios. The bar has been raised every summer. And the bar is now sky high. Now comic book movies must face the dizzying heights achieved by Christopher Nolan and ‘The Dark Knight.’This latest installment in the Batman films picks up where ‘Batman Begins,’ left off. The caped crusader is doing what he can to fight crime in Gotham City. However, a new villain, calling himself The Joker is on the loose. Newly elected DA Harvey Dent is doing his best to clean up the city and he has the support of the Batman, who knows the vigilante justice is no way to control a city. But the Joker’s elaborate and detailed plans are designed not only to terrorize citizens, it’s designed to make them react.

To say any more plot-wise is to give away surprises and delights. This movie is a masterwork of big budget filmmaking and character development. Keeping true to the comic books, Nolan and his co-writer, brother Jonathan are able to put their own stamp on this world. Nolan has said in interviews that he used Michael Mann’s ‘Heat,’ as an inspiration in creating this film and it’s very obvious. The cinematography is outstanding and there are several moments in the film where the entire audience I saw the film with collectively held its breath and then shook its head, amazed at the stunt work. 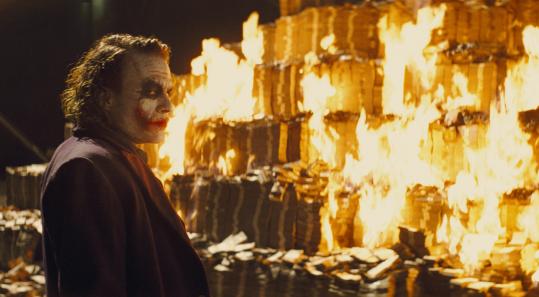 Of course, the big question is about Heath Ledger, is he as good as everyone says. And theanswer is simply, ‘yes.’ In fact, he’s better. Taking the character miles away from the characterization of Caesar Romero and Jack Nicholson, the Joker and Ledger will now be inexorably linked. He’s that good. The rest of the cast is also excellent. Christian Bale is still a wonderful Batman, and Aaron Eckhart plays the duality of Harvey Dent’s desire to both play by the book and see justice very well.

And that’s where ‘The Dark Knight’ truly stands out. These are all characters. They are not superheroes. They are not simply pawns to space out the action scene. They are well-drawn characters that almost turn the film into a sort-of American take on opera. These characters are all dark, are all flawed. No one is guilt-free here. Batman wants justice and for the city he loves to be left in peace. But what is he willing to do to achieve that goal? Break the law? Bob Dylan said that to ‘live outside the law, you must be honest,’ but is it that simple? Batman knows that he’s doing good, but is he a good judge? What about Harvey Dent? Is he so blinded by his quest for truth that he’s lost sight of the goal?

The film is an escalation of the themes of the first film and Nolan handles the amping up incredibly well. Everything about the film is perfect and the movie, which runs two and a half hours, flies by. This is a well drawn and defined world, and nothing is out of place.

As strange as it is to say it, this is a film that will stay with you for a while. It raises questions and poses problems that relate very much with the world outside of Gotham. This is, hands down, the best kind of summer movie. It’s big and explosive, but at the same time it’s heart beats loud and strong. –Sam

One thought on “DVD Review: The Dark Knight”