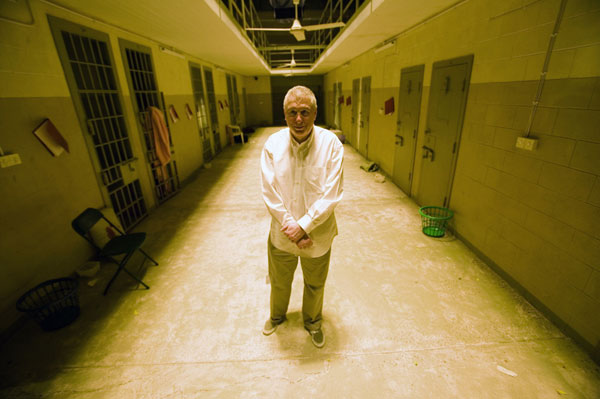 Jean-Luc Goddard said that truth is 24 frames per second. What about still photographs? How many lies do they tell? How much truth do they leave out?

That’s the question that’s at the center of Errol Morris’ new movie, ‘Standard Operating Procedure.’ The movie tells the story of the photographs taken by US troops at the Abu Ghraib prison. These are the photos that everyone has seen and commented on. Is it torture? Why were the pictures taken? And most importantly, what was going on just beyond the frame?

‘SOP,’ is an amazing tale, woven together in a way that only Morris could do. He lets the convicted soldiers, those charged with abusing prisoners tell their stories. We hear from Lynndie England, Sabrina Harman, Javal Davis, Megan Abmbuhl and other soldiers. For me, it was the first time hearing their side of the story. The film also features interviews with an interrogation expert, who did question prisoners at Aby Ghraib, as well as the photography expert who was able to organize the photos so that the case could be assembled.

Every soldier said that they were told to do whatever they wanted to the prisoners, save for killing them. They were under pressure. Mortars were falling outside the prison, and riots were a common occurrence. They saw their friends get injured or killed in combat. Inside the prison they saw their superiors do the same things to detainees, or even worse. Are they to blame for their actions? What about those that told them to do this? Are they accountable even if they didn’t take part?

I’m not going to say what I took away from the movie. Morris doesn’t try to comment on the pictures, or make excuses for them. Instead, he places the photos in their context and allows viewers to draw their own conclusions. This review is short, because there is a lot about the movie that I don’t want to go into. It’s best seen knowing as little as possible. The images have already been seen so many times on television or in the newspaper.

The film is astounding. It needs to be seen to believed. I cannot recommend it highly enough. ‘Standard Operating Procedure,’ is easily one of the best movies of the year. -Sam